Skip to content
Home » Contemporary Sculpture » Art in The Forest

Yeo CheeKiong is known for working with diverse medium as well as crossing between traditional sculpture making and contemporary installation art. He is interested in phenomenological themes, and is particularly fascinated by the different ways in which we perceive this material world under different states of mind. Natural phenomenon such as the rain, wind, and clouds are recurring elements in his works.

Yeo first conceived the Tempted Mind series in 2003. Since then, the “wave” formation has taken many shapes and was produced in various materialsasthe artist’s concept evolves to suit circumstances such as changes in display location. Inspired by the Zen story about the “flapping banner and the blowing wind”, the series was developed in an attempt to offer a reinterpretation of the famous quote from the story: two monks watching a flag flapping in the wind argued whether it was the flag or the wind that is moving, to which the Zen Master DajianHuinenganswered that it is not the flag nor the wind, but the mind that is moving. The creation of the physical “waves” is the artist's answer to the same question. In the material world, “waves” are not exactly physical forms. They areformed only when energy passes through water over a succession of moments or when wind blows across its surface and brings about movements of water molecules over a course of time. By employing “waves” as forms, Yeo’s intention is to “materialize” an abstract concept through a piece of sculpture, and then bringing the attention of that discourse back to the material, sculptural, world.

In Yeo’s practice, we constantly see a commitment to the “truth to material” and “purity of form”. On the other hand, the contemporary emphasis on site-specificity is also important for him as his sculptures are often built to engage viewers on an experiential or phenomenological ground.In Hanoi, the firststainless-steel “wave” of the TemptedMindwas created, curvilinearforged and high polished stainless-steel pieces were welded togetherlater to form a set of five long, undulating, and mirror-surfaced “waves”.Thesculptures werethen installed in between the planted pine treesand extends to the open field ina gradual manner. As the vertical trees bring aboutvisual contrast to the horizontality of the waves, the cast images of the surrounding on the mirror surfaces also blends the form with the environment, allowing the shimmers of reflected light to become illusive. As the continuation of colours give a sense of unstoppable movements across the field through the trees, the large, monumental forms also conjures a stillness at the same time.

With all these, the artist seems to have offered waves of visual sensation to tickle – or “tempt”, the viewers mind, it articulates in an interesting way, the presence of absence. 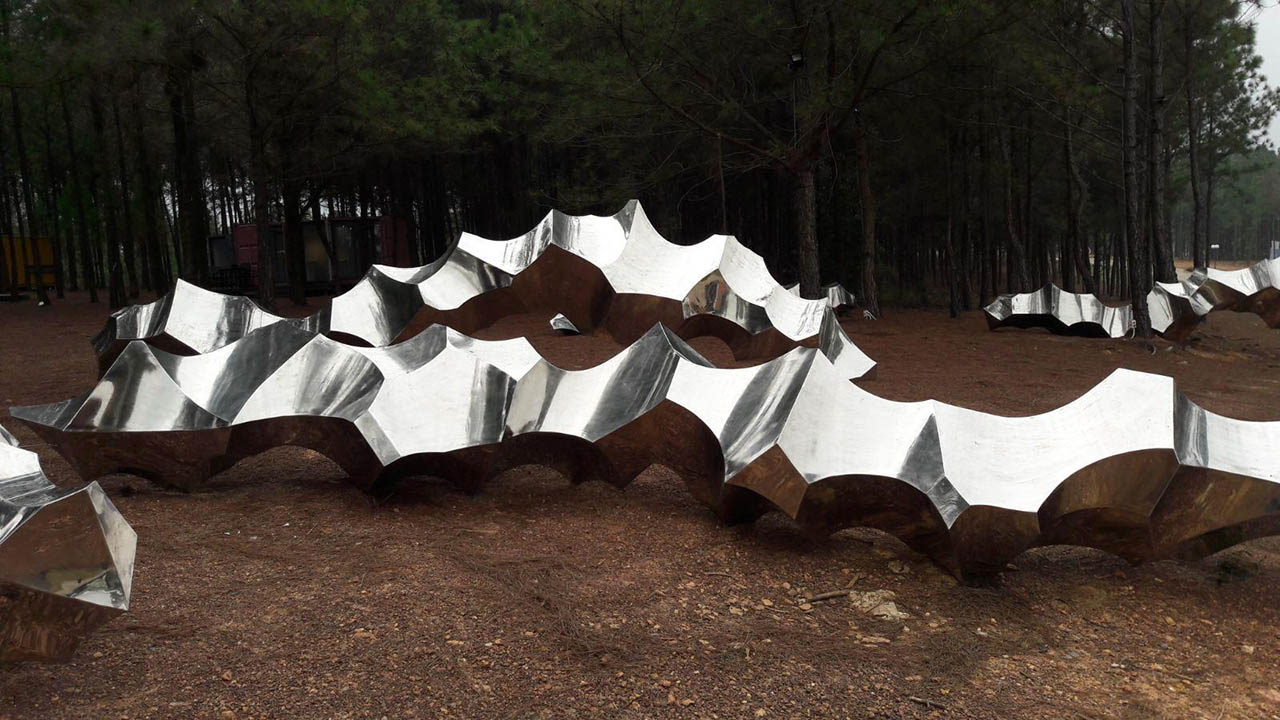 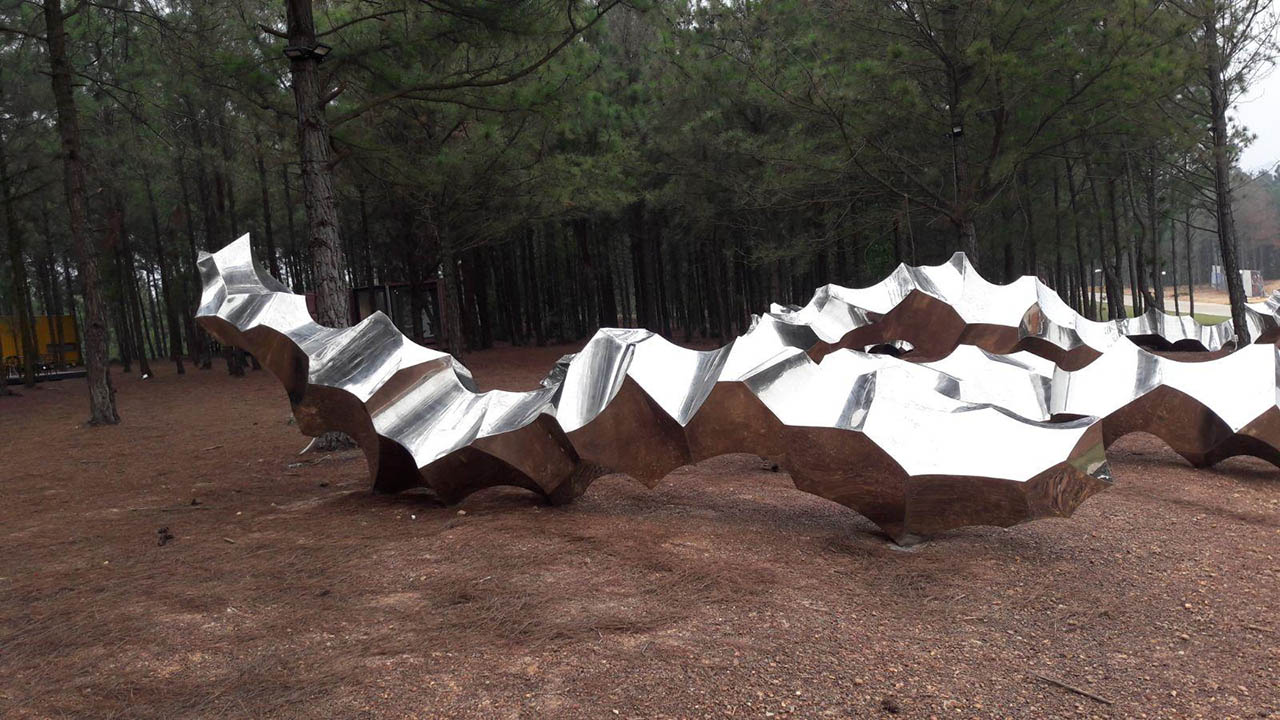